Winning a Super Bowl is the top priority for 31 of the 32 NFL owners. Jeffrey Lurie’s top priority is spread awareness about autism. Not only is Lurie more successful in spreading his message than ever before, he and his Eagles won Super Bowl LII (52) in February 2018, so he must be doing something correctly. This victory gifted Lurie the perfect opportunity to talk about autism and bring autism into the spotlight, something done very rarely in sports. Lurie waited 24 years an an NFL owner to help his brother, and Jeffrey is not stopping anytime soon.

Jeffrey Lurie purchased the Philadelphia Eagles in 1994 for $185 Million dollars. At the time it was the most money spent on a sports franchise ever. Lurie was mocked and his decision was not understood by many. Currently however, Lurie’s plan and successes are clear to everybody. Two years before his purchase of the Eagles, an event took place that eventually lead Jeffrey Lurie to purchase the Eagles. In 1992, Jeffrey Lurie truly communicated with his brother for the first time.

Lurie’s brother is 37 years old and autistic. Due to his brother being mostly non-verbal, Jeffrey never truly knew how his brother felt, but always wanted to help. One day in 1992, an autism specialist arrived at the Lurie household and had given Jeffrey’s brother a basic keyboard. Jeffrey’s brother immediately used the keyboard and expressed those feelings that he could not speak. Half a lifetime of thoughts and experiences were expressed that night between Jeffrey and his brother. Jeffrey now understood how his brother felt throughout his childhood years and wanted to continue making a concentrated effort to help his brother. Lurie’s family had money, and Jeffrey saw a use for that money. An opportunity to not only succeed on the business end, but also on a personal level between him and his brother. Two years later, the Philadelphia Eagles had a new owner.

Lurie saw the Eagles as his chance to spread awareness about an issue that was not only close to his heart, but also not a topic not given much thought of in the sports world. Using the boom in NFL viewership from 2000-2015 where viewership rose 27% (https://www.theatlantic.com/business/archive/2016/10/nfl-ratings-just-fell-off-a-cliff-why/503666/) , Lurie’s goal of having a platform to spread awareness about autism was achieved. Over that same time span from 2000-2015 however, the increase in autism diagnoses far outpaced the increase in NFL viewership. 2000 was the first year that the CDC (Centers for Disease Control and Prevention) tracked the diagnosis rates of autism. The rate was estimated to be 1 in 150 children. The rate in 2006 was a 25% increase from 2000-2002, making the diagnosis rate about 1 in every 110 children. Estimates released in March 2012 saw a 78% increase when compared to the 2000-2002 statistic, 1 in 88 children were on the autism spectrum (http://healthland.time.com/2012/03/29/autism-rises-more-u-s-children-than-ever-have-autism-is-the-increase-real/). Data from April 2015 put the rate of autism diagnoses at 1 in 68 children. Our most recent data indicates another double-digit increase, bringing our most current rate of autism spectrum diagnoses to 1 in every 59 children (https://www.si.com/nfl/2018/06/13/jeffrey-lurie-philadelphia-eagles-autism-challenge). As NFL viewership increased 27% from 2000-2015, autism diagnosis rates increased 120.6% over the same time period. Lurie’s football audience increased, and the autism community that Lurie strived to help, had more than doubled. 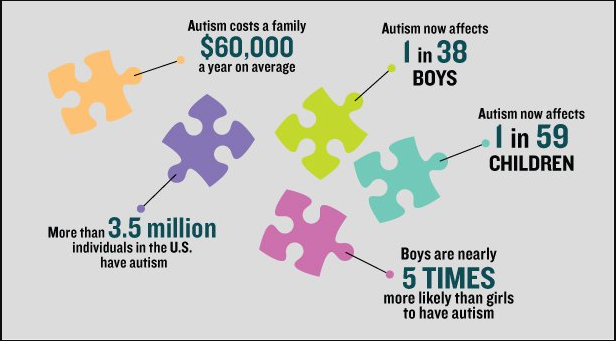 In February 2018, Lurie and the Philadelphia Eagles won their first Super Bowl in the team’s existence. It is the peak accomplishment you can have as a team owner, winning a championship. The Eagles are the face of football in 2018 but Lurie is not satisfied. While his public dreams were accomplished by raising the Lombardi Trophy, Lurie still had personal goals to be accomplished now more than ever before. The Eagles had skyrocketed in popularity with their success last NFL season, the city of Philadelphia was enthralled at their team’s newfound success, as were thousands of other past and new Eagles fans throughout the United States. Lurie had a captivated audience that would hear his message and his team’s message and finally bring Jeffrey’s personal goals to the public. Lurie has long been supportive of autism research, donating over $75 Million to help fund autism research and study clinical programs. After the Super Bowl victory, Lurie did not relax. Announcing the Eagles Autism Challenge, a yearly cycling and 5K walk/run event to take place on May 19, 2018. The event had more than 3,300 participants who raised upwards of $2.5 Million dollars (https://www.si.com/nfl/2018/06/13/jeffrey-lurie-philadelphia-eagles-autism-challenge). Lurie capitalized off his team’s success to launch a brand new charity Autism event that in its first year experienced an incredible showing of support. This is not Lurie’s only charity event however. Lurie and the Eagles launched Taking Flight for Autism in 2016, an upscale cocktail and dinner party that raised over $300,000 in its first year. An additional $1 Million dollars was donated in part to the Philadelphia Center for Autism Research (CAR). (http://www.eaglescharitablefoundation.org/autism/). Lurie hopes that his autism events can garner the same respect that the Jimmy Fund, a charity fund focused on cancer research (that also has its origins in sports), has, but focused on autism. 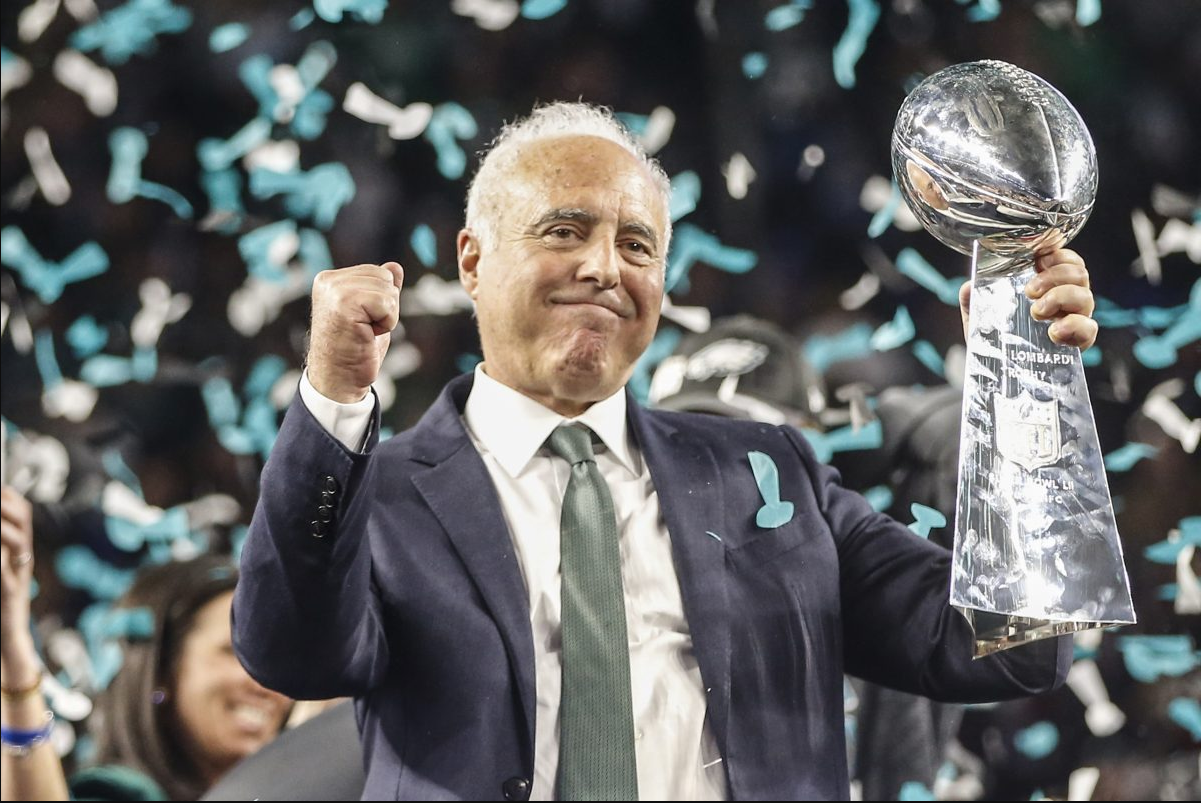 For Jeffrey Lurie’s entire life, he has wanted to help his brother by spreading awareness about autism and creating opportunities for research in autism. These personal priorities are even more important to him than winning a championship with the Eagles. 2018 has been quite the year for Jeffrey Lurie. His team won the Super Bowl, his second autism event had an amazing response. The word about autism is spreading, not only by the Eagles, but all over professional sports well. This is the year that Lurie’s investment in the Eagles has truly paid off. Success on the field and success in helping his brother and others with autism has been achieved. The Philadelphia Eagles have a bright future in the NFL, but the brightest future belongs to a determined Jeffrey Lurie and his lifelong desire to help his brother. The awareness of autism will only spread farther with each day, and with it, helpful actions such as research and treatments that will benefit all who are involved.